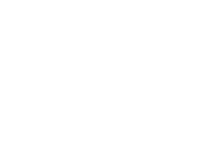 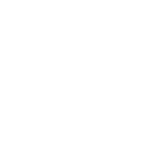 We love to experiment.

We help shape your audio needs from the ground up to deliver the biggest, brightest ideas.

We cross-pollinate technology to deliver intelligent and innovative results.

We’ve got the technology, tools and techniques to bring your project to life.

Have a listen
to some of
our work 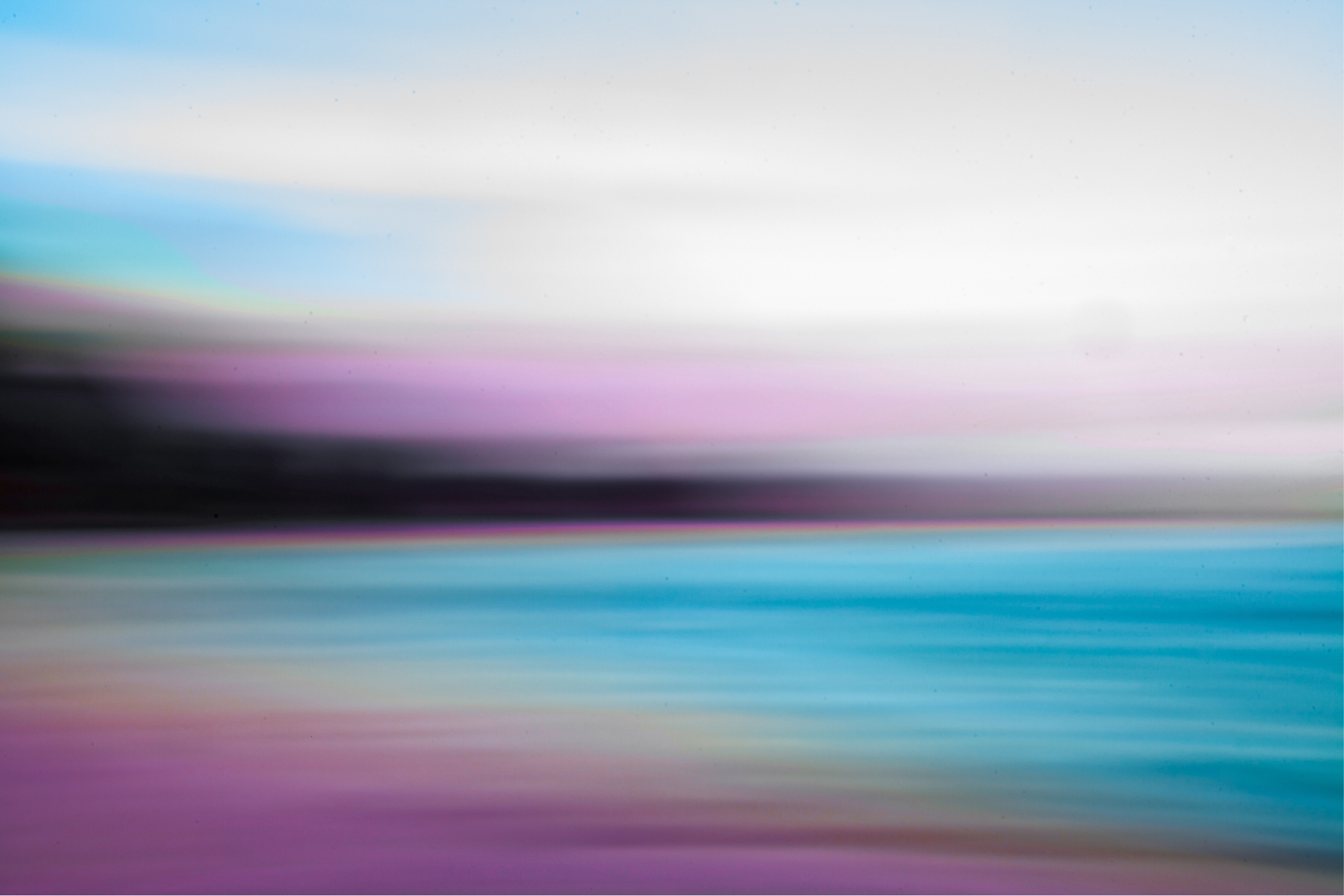 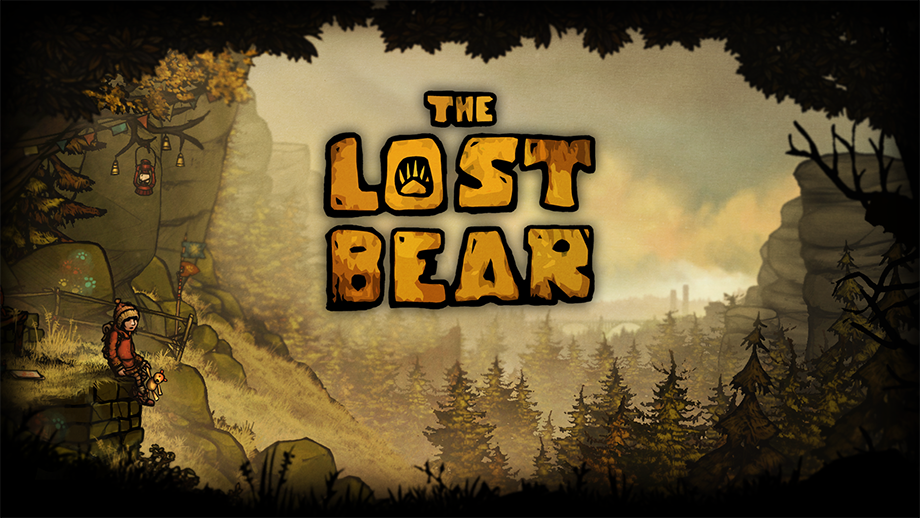 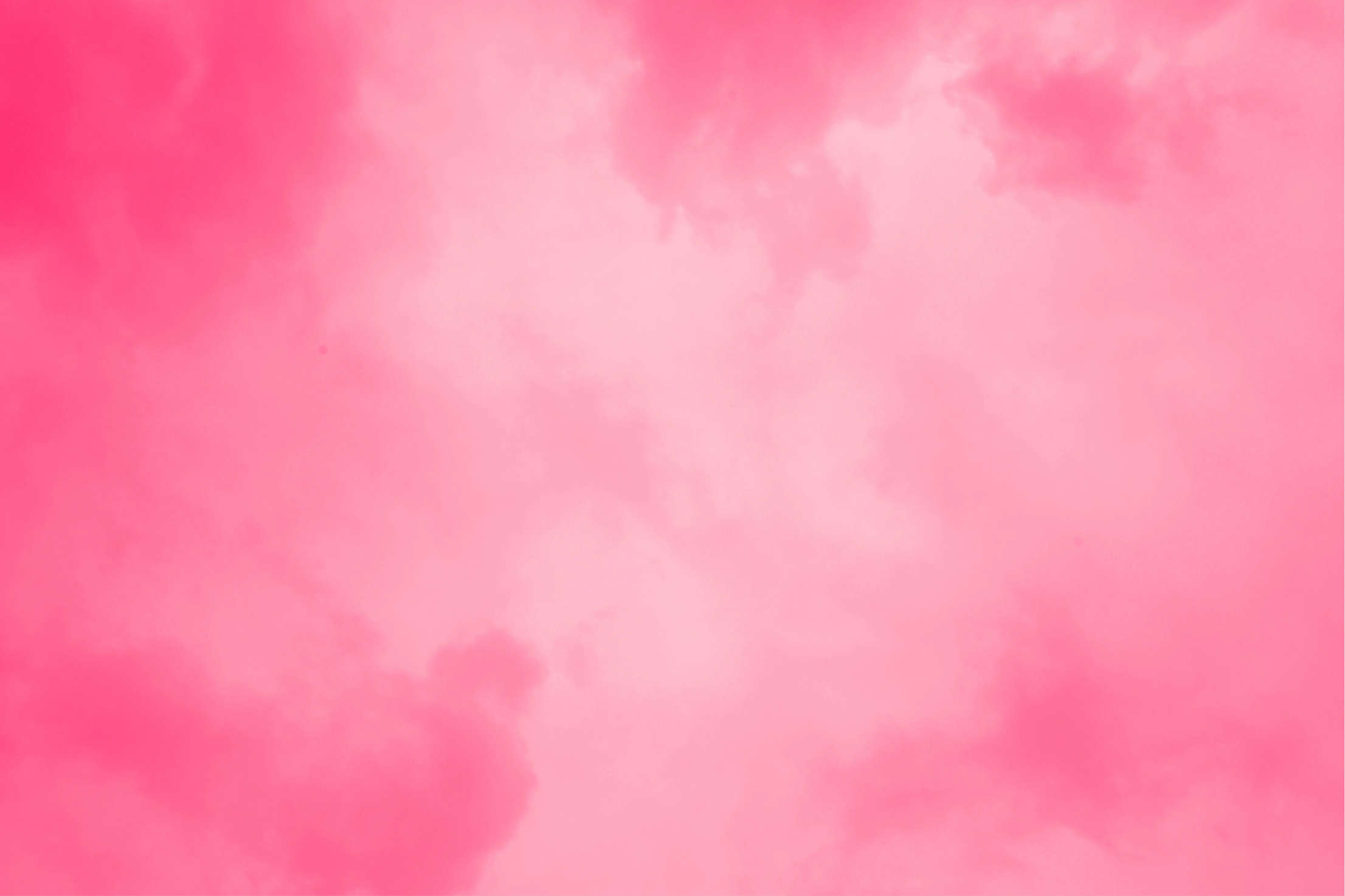 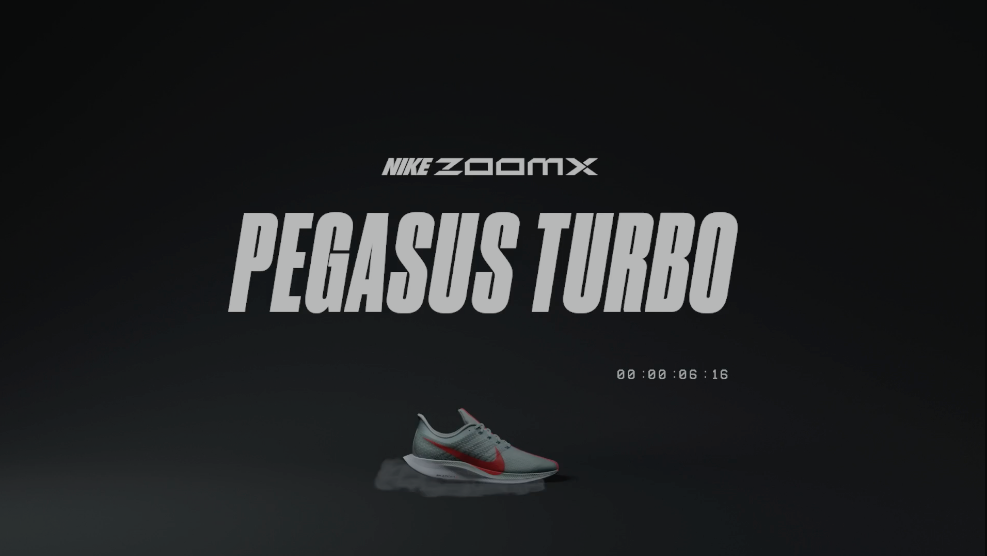 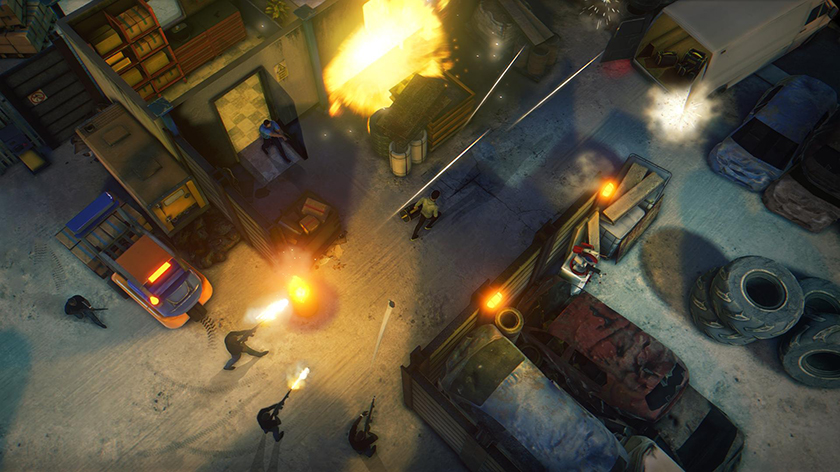 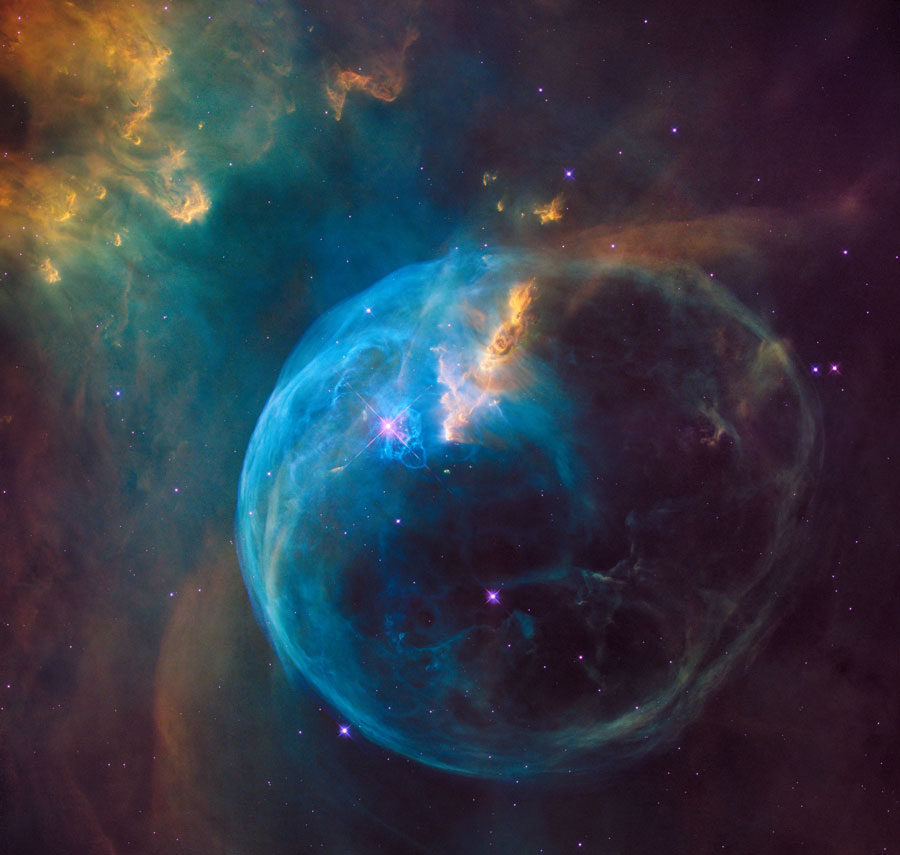 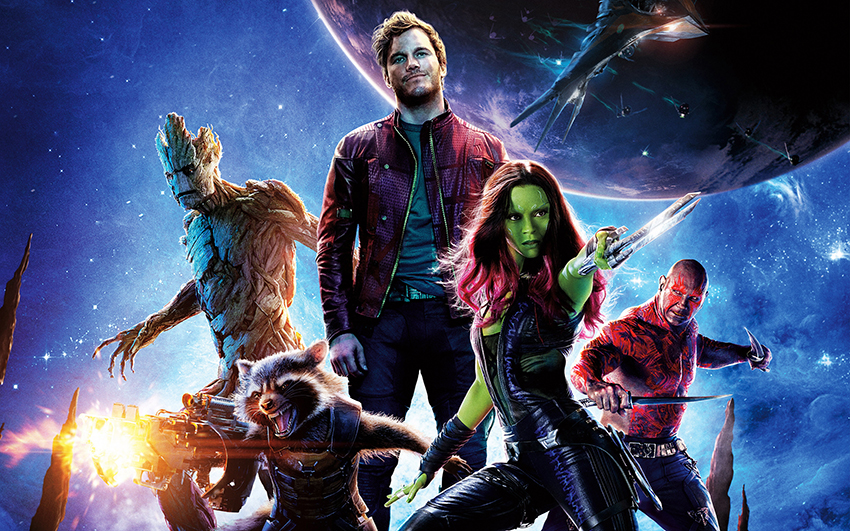 Our starting point for The Lost Bear was a series of acoustic guitar compositions recorded by Studio Lead Daniel Robinson’s Granddad.
Odd Bug were passionate about using these recordings, but were unsure how they would work in-game. They fit well at the beginning and end of the experience, but were not quite appropriate for the more abstract design of a journey into the imagination of our protagonist. A young girl called Walnut.

Between the calming soundtrack, beautiful art direction, and delightfully impressive environmental depth, The Lost Bear is a worthwhile addition to your VR library

We landed on the concept of slowing the recordings down to represent how time often moves slower for children. We used extreme time-stretching to slow the recordings to as long as three days in length, then picked sections of these and layered them with strings, percussion and acoustic instruments as well as slowed down animal sounds and vocalisations. We bookended the game with the original recordings and the result was an amazingly rich tonal score, interjected with moments of horror.

For the voice design we worked with voiceover artist Kathryn MacColl to create an improvised language based upon an Eastern-European dialect. Kath voiced both protagonist and antagonist, a conscious decision designed to represent the characters strengths and fears.

The Lost Bear was a unique project, not just because of its beautiful art style, but also technically this is a 2D platform game played in a Virtual Reality space. As such, the music implementation had to reflect this “game-within-a-game” concept. We designed a music system that would immerse the player; using music cues to attract attention and underscore moments in the gameplay within the 2D and 3D environments, including musical games and puzzles.

I absolutely love The Lost Bear; it’s just an utterly delightful experience that utilises virtual reality in a variety of clever ways

WeMakeAudio worked behind the scenes to design an adaptive audio system that could be controlled by a physical input.

We collaborated with UNIT9 and Nike to create a one-of-a-kind experience marking the launch of the Nike Pegasus Turbo. The brand wanted an in-store launch experience as turbo-charged as the shoe; something that allowed fans to fly higher and higher the faster they ran.

The experience was revealed in the flagship store in Berlin where runners could test-drive the new sneakers on a treadmill positioned in front of a giant backdrop. As runners ran their way through a virtual Berlin, Paris and London, they could see their surroundings change in real-time. Real-time visuals need real-time music, and that’s where we came in.

The great part was we could offer the best sound quality and a unique experience to each user. Great learnings from it and a happy client.

Using a modified treadmill UNIT9 fed data into a game engine, mapping the speed of the treadmill, the fan and the lights. Taking into account these parameters, we composed, produced and built a bespoke, generative soundtrack that could change and adapt to the runners experience.

A killer soundtrack, and technically sublime.

Silently take down enemies, or cause mayhem with a storm of bullets. Grab the loot, bag the cash and bring down a criminal empire whilst you’re at it. Stealth or action, Filthy Lucre lets you choose your style of play.

We worked with Fabrik Games to create the audio for their debut game Filthy Lucre. A tactical-stealth-heist-shooter that plays out differently every time you pick it up, and our audio design was built to reflect this.

The voice acting in particular is excellent and this really works well to flavour the murky London underworld you are exploring.

As huge fans of stealth gaming, we were very excited to work on Filthy Lucre and we conducted a thorough deep-dive into stealth games before we began development. Looking at games as far back as the original Metal Gear Solid (“Snake? Snaaaaaake”) to modern series such as Dishonored, Batman: Arkham and The Last of Us. We really wanted to get under the hood of what drives an amazing stealth experience.

The cutting-edge AI of Filthy Lucre means the world reacts to your decisions, allowing players to create their own unique style of play. The games HUD shows players their current threat level, letting them know how much trouble they’ve caused and how alert the guards are to their presence. Once the threat level goes up, it doesn’t come down. Push it too far and you’re in a world of trouble. It’s up to the player to see how far they want to push this, but there are always consequences.

We Make Audio’s huge attention to detail meant we were able to bring the environments of Filthy Lucre to life with a brilliant mix of ambient sounds and humour from the patrolling guards.

To enhance the game play of Filthy Lucre, we designed a fully dynamic audio world in which ambient sound, dialogue and incidental audio react to player actions. From incidental radio broadcasts that callback to previous game events, to dynamic ambient and environmental sounds, to a hard-edged electro score seamlessly integrated into the action. All of the games audio design was created to raise the level of tension and keep the player engaged and immersed.

Filthy Lucre features a veritable arsenal of weapons and gadgets; from automatic shotguns to body dissolving liquid, and we had tonnes of fun creating the sounds for all of these items. Using a combination of original sound design and foley, every item in the game has its own unique sound.

They’re always contributing new ideas and new techniques to get the results we want to achieve.

With very few cutscenes the games story was told through its art and audio. We created a system of AI voice effects that would not only underscore the current threat level, but also callback to key events that have played out during the game. Overheard conversations between idle AI and news reports on TV’s and radios talking about game events, all worked to flesh out the world of Filthy Lucre and gave us the opportunity to insert a dose of humour. We created fake TV and Radio stations, adverts, stings and incidental music tracks. All of this required casting and script-writing, services we were happy to supply.

A huge amount of work goes into developing any game and we were responsible for every facet of Filthy Lucre’s audio production; from sound design, music scoring, audio implementation, casting and voice design to all of the games cutscenes and promotional materials.

It’s a joy to work with WeMakeAudio.

This has to be one of the top viral ads that any movie has done ever!

In 2014 we worked with agency B-Reel, Marvel Studios and Google, to create a Guardians of the Galaxy viral site in the form of a corporate website for intergalactic travel agency “Galaxy Getaways”. The website allowed Marvel fans to explore three new planets from the Marvel Cinematic Universe (Xandar, Morag and Knowhere).

Using Google Street View, fans were launched into the outer reaches of the galaxy to explore exotic locations like the caves of Morag or the grimy back alleys of Knowhere.

There was also the opportunity for fans to get to know the Guardians of the Galaxy through a series of interactive games including “Find Groot” a Google Street View game that takes place in the city centre of Xandar, or take and share social quizzes that showed what Guardian they are most like.

Our role was to create and implement an audio design that gelled with the films unique look and sound. We worked with as-yet-unreleased footage from the film, re-designing whole scenes to work with the site, adding site wide UI sound effects and ambiences as well as designing sound for three mini games.

As Marvel fans we loved this experience and it was an honour to introduce the fricking Guardians of the Galaxy to the universe.

One of the more clever film promotions from a studio